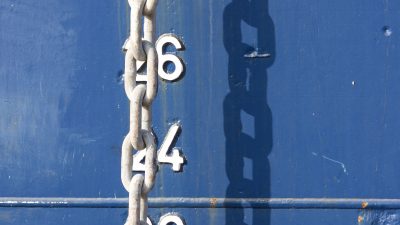 After a recent closing meeting of an autonomous vessel project group, I was encouraged to vision the role of stability management in an era where ships will be unmanned and most of the ship functions are controlled or monitored from ashore or by machine. Views on unmanned or autonomous ships have evolved tremendously. A few years ago, what we considered utopist is becoming not just a vision but also reality in the form of different development projects. Now we start to have a path from traditional manned ships to remotely human controlled and further to fully computer operated ships.

Stability management starts well before the vessel operates at sea. Depending on the ship types, autonomous vessels will not only have to be designed without crew spaces, control rooms or a bridge, but it will also have to be better adapted to automated port operations and alternative energy and propulsion systems. Whether ships are fully or partly autonomous, naval architects already consider all of these factors and study how these will affect ship stability and safety.

On another side, the technology onboard for operating and monitoring the ship will also have to undergo some significant development. Although automation is not a new concept on-board, lots of operations are still initiated by the crew. Even if vessels are equipped with different sensors providing information, a pair of human eyes and ears currently remain the main senses for decision-making. The question regarding sensors is not so much on developing new ones, but rather bring the extensive existing portfolio of sensor solutions on-board ships and make them available for automation systems, which initiate operations, such as correcting heel or trim.

Before jumping on to controlling the ship at sea, we have to consider all the work related to planning a safe voyage. Currently with the help of the ship’s loading computer, officers resolve the equation between cargo, fuel, drafts, hull strength, etc. For autonomous shipping operations, the loading computer should become a stability solution able to make the plans based on automatically supplied data (including previous voyages as well as monitored data). Cargo and voyage information, stability calculations, weather information, etc. further complete the planning. Results and commands from the stability solution can be passed to cargo loading operations, automated port systems as well as systems controlling and operating the ship. When searching for optimal results, many industries turn to Artificial Intelligence, a technology already studied as well for helping ship stability management.

The loading computer which currently is a PC on the ship bridge becomes a solution on the ship and in the cloud communicating between different systems both on-board and ashore. I would see that the stability solution onboard still needs some degree of autonomy in order to react immediately to changes at sea, unless communication systems are fully real-time and reliable. Technologies such as 3D or hologram views, which naval architects use for ship design, can also serve officers ashore for monitoring current conditions on the ship.

A fully machine controlled bulker or tanker sailing long distances on our oceans might still be a vision long ahead and in some cases crew and officers will be a must onboard. Our current technology already enables to divide some stability related tasks between the bridge and ashore. The stability solution will be one interactive part of a larger network for operating autonomous vessels, weather remotely operated from ashore or machine controlled.

This blog was originally published in LinkedIn on January 30th, 2018

At the helm with Tuomas Häkkinen, NAPA Stability and Safety Service Manager