We see many claims on the potential emissions, fuel, and money savings shipowners and operators who have invested in voyage optimization solutions can make – claims that often vary considerably. So, how much can you really save by optimizing a route? And how can you work out what the savings are?

To find out, we took over a year of past transatlantic voyage data for MR tankers and analyzed how they performed versus how they could have performed if they had used weather routing. Importantly, we are not cheating by taking advantage of hindsight. In these retro-optimization studies, we only utilize data that was available at the time of sailing.

Voyage optimization – what we consider

There are a few main factors that we look for when evaluating the savings potential of past voyages.

The first factor is the speed profile. The captain must plan the voyage accounting for the uncertainty of the weather conditions the vessel will face. Thus, to avoid missing the ETA, vessels often sail faster at the beginning of a voyage and then slow down, which is very inefficient (fuel consumption has an exponential relationship to speed – so it uses a lot more fuel than maintaining the same speed). However, sometimes the requested arrival time changes during the voyage, which is unknown at the time of voyage planning. Thus, we excluded voyages with significant ETA changes during the voyage.

When comparing the actual and optimized voyages, we kept the times of departures and arrivals the same. When optimizing the voyages, we used the arrival time as the ETA from the beginning of the voyage, which leads to a more even speed profile.

Voyage optimization solution helps in predicting the arrival time accurately, which gives crew confidence that they will be able to meet their target ETA. This enables the crew to better take advantage of a balanced speed profile.

The second factor, and most important in this comparison, is the route taken in the first place. Most vessels tend to take a default route, except in extreme weather conditions. Although this is simpler from a planning perspective, it means that you miss out on many of the benefits of an optimized route. While some climatology based reference routes already exist and could be used for different times of the year, the weather phenomena are so different year-to-year that voyage specific optimization is needed.

When carrying out the comparison of actual and optimal routes, we retrospectively optimized the routes. On the first day of the voyage, we used only the weather forecast data available at that time, then repeating similarly on the following days, as depicted in the below image. This means we’re only using the data available to the crew and optimization team at the time. 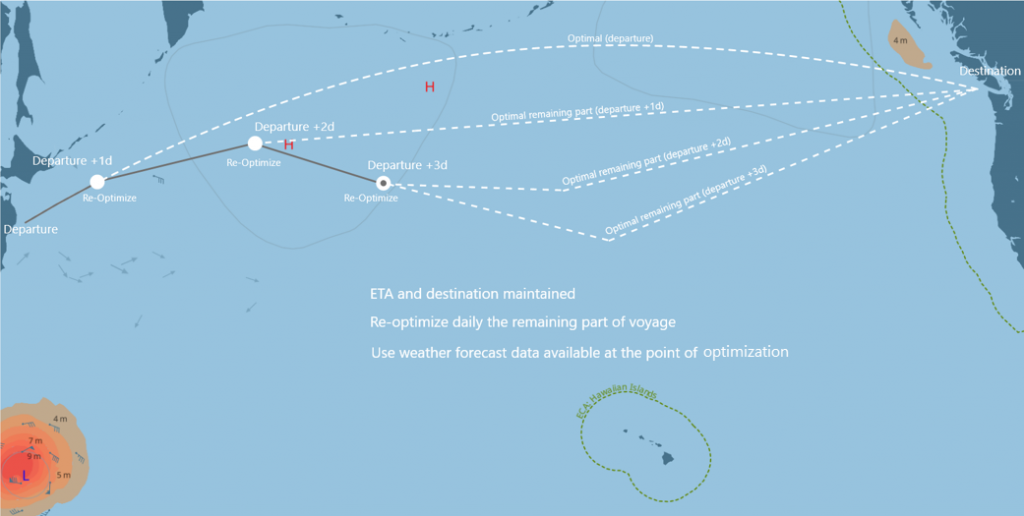 The optimization is done with a ship-specific simulation model, which considers all the environmental conditions and safety aspects.

The final result of original and optimized routes is shown in the below picture.

After the optimization, both the optimized and actual routes are evaluated using the same hindcast weather information. Based on the comparison, the tankers we studied could have reduced the time spent in winds above BF4 by 9.8%, allowing 5% lower RPM and leading to 15.9% lower fuel costs. The study assumed precisely the same schedule as was sailed in reality, meaning that the savings would have directly increased the companies’ profitability. If fuel costs were 50% of the total voyage cost, the savings would have resulted in nearly 8% higher TCE (Time Charter Equivalent).

This blog was originally published on LinkedIn on November 4, 2020.

The payback of big data

This study of Transatlantic voyages of mid-range tankers on the Baltic Exchange route shows clear savings potential. So, why aren’t vessels taking advantage of these benefits? Last year we looked at the prevalent attitudes towards voyage planning. The consensus was that while most respondents wanted to be more efficient, there were a few obstacles. First, some did not see the expected gain to be big enough. Second, the perceived complexity and cost of planning a route effectively meant people often chose not to opt for digital solutions.

NAPA tries to tackle all of these issues. We provide more transparency via making the tools available to all stakeholders of the voyage. NAPA Voyage Optimization is designed to require the minimal need for onboard installations, and the optimized routes are delivered to the end-users via a simple user interface. All this is developed using a scalable cloud platform, making it possible to provide the tools affordably to all voyages. This is based on decades of history of vessel efficiency modeling and algorithm development, combined with the latest technologies.

If you want to put this data to the test, book a demo session with our NAPA Experts, and explore how much savings potential there would be in voyages in your fleet on your routes. 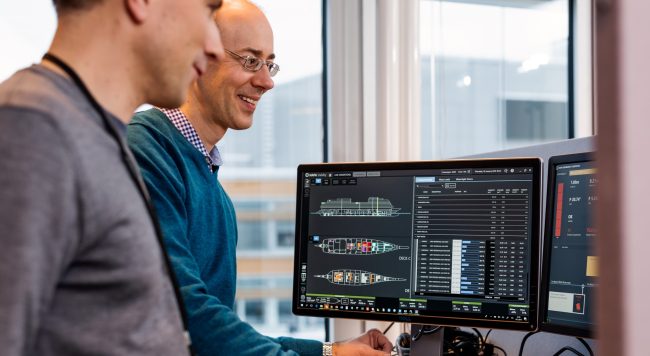 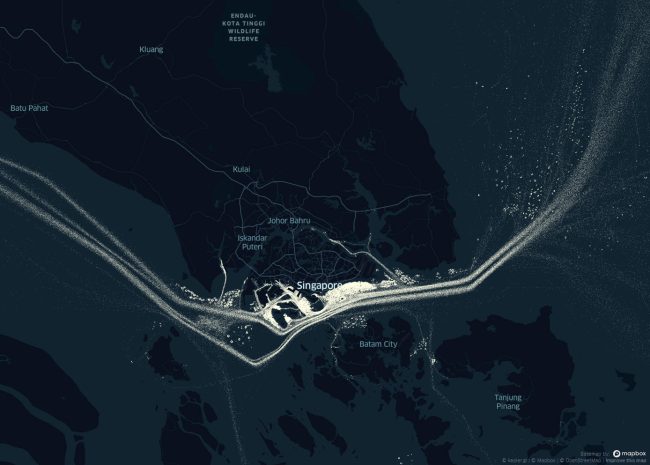 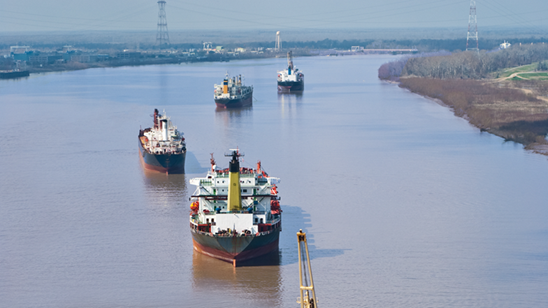