Our team has recently been looking into data from past voyages of the global merchant fleet and conducting retro-optimization to find out where there would be most potential for better routing. In addition to these retro-optimization studies, real-life case examples offer valuable insight for better routing. It is especially delightful to hear our customers sharing the efficiency gains achieved, and insights acquired through optimizing real voyages.

Two of our customers have introduced how they could save fuel by changing from a commonly used shorter route close to the north coast of Brazil and, instead, opting for a slightly longer northerly route which would prevent vessels from sailing against strong sea currents. 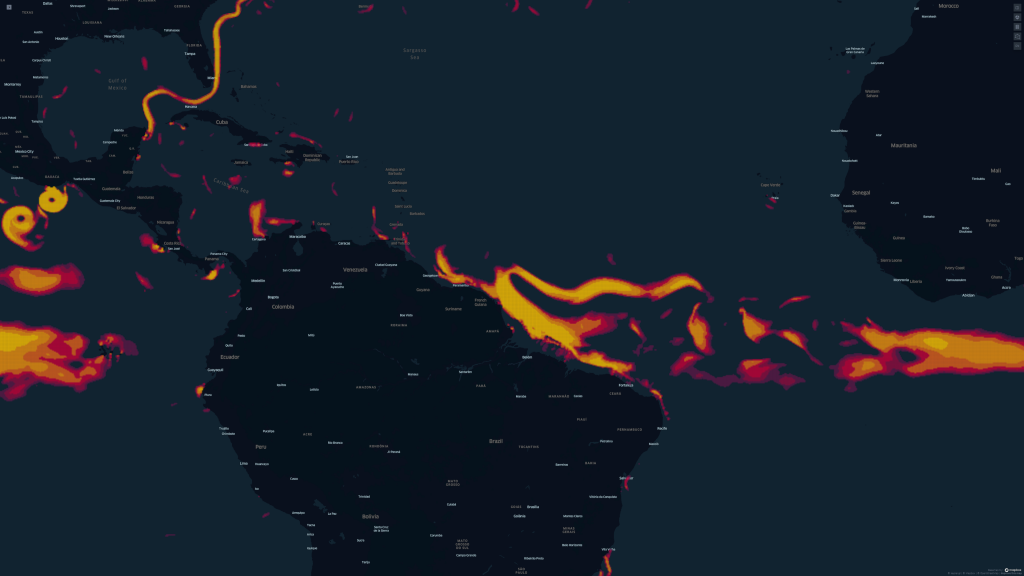 Neste is an advanced refiner of high-quality, sustainable oil products and a charterer who takes an active collaborative role in voyage planning. They engage in a constant dialogue with the Master of the vessel with the help of our NAPA Voyage Optimization service. Neste planned a voyage from Houston, Texas, to South Africa, which saw huge fuel efficiency savings when optimized. Compared to the Captain’s initial voyage plan, they achieved substantial savings of 37.3 tons of fuel with weather routing – while keeping the original schedule. Most of the savings were due to avoiding sailing against the current off the coast of Brazil. The shortest course would typically route vessels against the strong sea currents, up to 3.7 knots. However, by adjusting the course slightly to the north, Neste found out that they could avoid the adverse currents or even take advantage of the occasional tail current.

You can hear more about Neste applying weather routing in the recording of webinar Real-life voyage optimization stories. 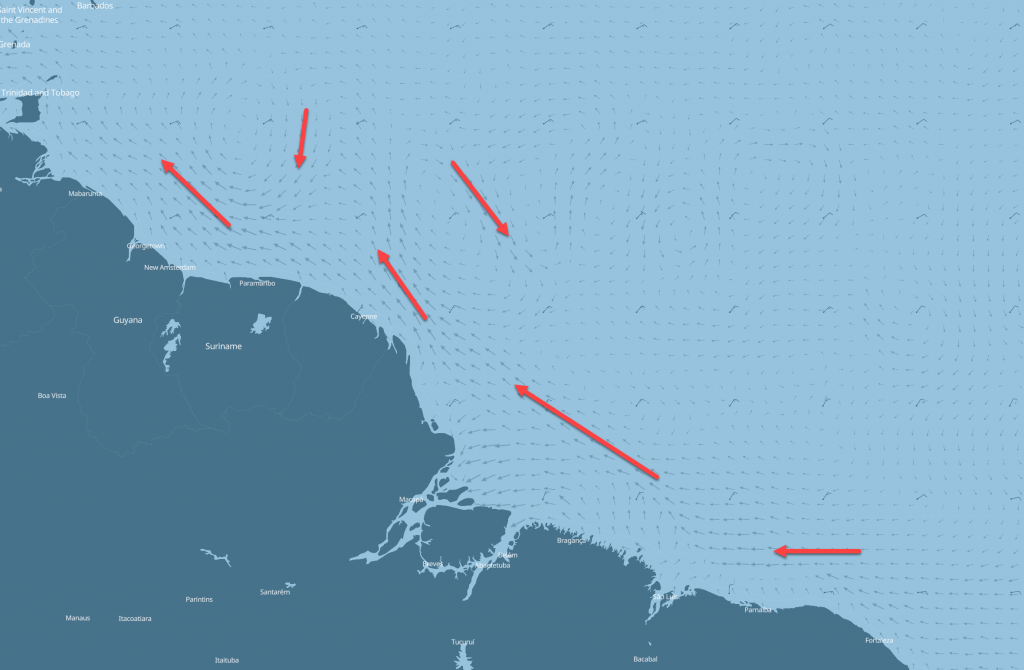 Sea currents off the northern coast of Brazil.

The intended shorter route sails against a current of 2.6 knots close to the Brazilian coast, while the weather-routed alternative stays further to the north.

Van Weelde, an owner-operator of dry bulk carriers, obtained similar insights on a voyage from Cartagena, Colombia, to Buenos Aires, Argentina. By choosing not to take the standard route, but rather a course further north during the first part of the voyage and then following the favorable currents traveling south along the Brazil east coast, the team secured huge efficiency savings. With the optimized route saving them about 29 000 USD in fuel oil consumption on this single voyage.

Similar sea currents are typical along the ocean coasts around the world. In the below pictures, you can see how these currents are often cyclical. Therefore, slight adjustments to the charted course can make a huge difference, such as having a 2 knots boost from the aft or pushing against from the fore.

Some of the several cyclical currents along the Central Americal coastal seas.

This blog post was originally published on LinkedIn on April 28, 2021.