In May this year Trafigura added a clause to its standard terms and conditions with shipowners, requiring information that will allow it to track how much fuel is consumed per metric tonne of cargo loaded while transporting Trafigura-controlled cargoes.

To give you a sense of the scale of this move, Trafigura concludes more than 4,000 shipping fixtures per year, and in the first six months of 2018 had a total traded volume of oil and petroleum products that was in excess of 5.8m barrels per day.

Trafigura isn’t the first charterer to mandate these changes. In recent months there has been a lot of talk about the requirements that international oil companies are making of OSV owners to equip their fleets with fuel monitoring systems and remote sensing equipment so that they can better understand and therefore decrease these vessels’ fuel consumption and emissions.

The linking factor between these two data points is that the companies who are requiring these changes are those which have well-staffed analysis departments. They have correctly concluded that there are enormous differences between the best and worst performing operators, and now they are rightly demanding transparency because they’re tired of paying more than they have to.

Isn’t that something we should all be demanding of the ships we hire?

The costs are low, the technology is proven, and if you’re using NAPA Fleet Intelligence it also comes with the advantage of no hardware installation or off-hire costs. 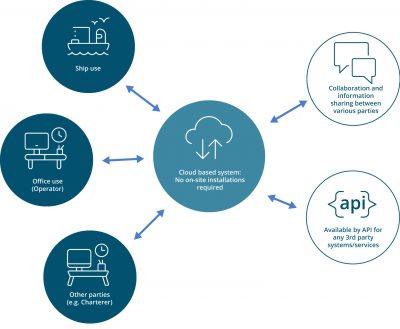 It’s not yet well reported in the media, but if the level of market chatter is a good indicator of demand then we may have already started to enter a new era for transparency in chartering. This will require scalable solutions, which are easy to use regardless of an owner’s ability to install expensive hardware, to avoid creating a two-tier market in which the benefits of big data and voyage optimization are unequally distributed.

This blog was originally published in LinkedIn by Pekka Pakkanen on June 16, 2019.

Stability as a service