Survey shows SEEMP as a priority for the industry but knowledge gaps exist, smaller owners and operators lagging behind and significant regional differentiation

A survey conducted by NAPA Group, the leading software house for ship design and operations, into preparation levels for the upcoming IMO ship energy efficiency management plan (SEEMP) has revealed that a majority of respondents were unaware of scope of potential fuel savings the plan could trigger.

The survey completed by over fifty ship owners, operators and charterers, revealed that the industry is taking responsibility for SEEMP compliance seriously and is optimistic about its benefits. However, the focus for most respondents was to ensure compliance and maintaining a business-as-usual approach, rather than implementing a SEEMP with significant potential fuel savings. The findings also revealed a significant variation in preparedness for SEEMP between small and large companies and between Europe and Asia.

Individual responses described SEEMP as “absolutely needed”, “long overdue” and “one of the best practices”; an assertion re-enforced by the fact that 79% of respondent organisations already have a system in place for SEEMP compliance. Company size was identified as a key factor in levels of preparedness – with 95% of those responsible for 30+ vessels “prepared” with the remaining 5% in final stages, compared to companies with 5-15 vessels who had the lowest preparation rate at only 43%.

This was a key trend throughout the results – smaller companies were less prepared, less likely to conduct SEEMP through electronic means and significantly less likely to be aware of the potential 15-20% fuel savings that could be achieved through an effective electronic SEEMP, according to NAPA. 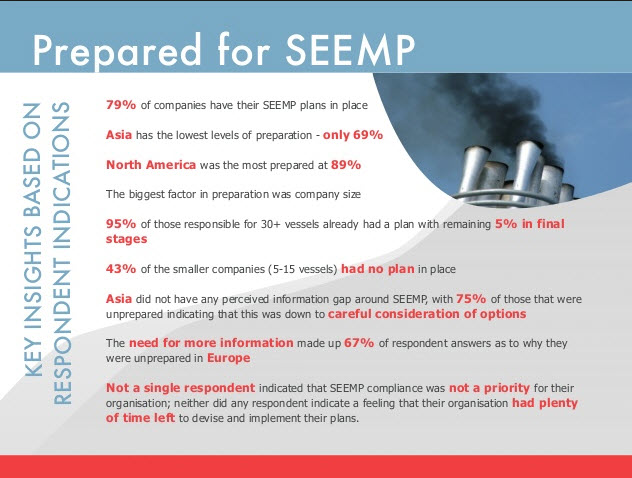 Other findings of the report indicated:

European respondents were six times more likely to lack confidence in their own or their companies’ understanding of SEEMP than their Asian counterparts
Asia had the lowest regional levels of preparation at 69%
Of those that weren’t prepared for SEEMP, 67% of Europeans cited a need for more information while 75% of Asian respondents were “carefully considering” options
North Americans were best prepared for SEEMP – 89% have a plan in place
36% of respondents were prepared for paper SEEMP, and 45% for electronic
Organisation size was the greatest determining factor in choosing the method of SEEMP – 62% of those with 60+ vessels opting for electronic, while 67% of those with under five vessels chose paper
70% of those without a plan in place for SEEMP believe electronic systems would be the best solution
Esa Henttinen, Vice President, Business Development at NAPA for Operations commented:

“It is enormously positive to find that the industry is so prepared for the upcoming SEEMP regulation – however it is important to understand that in utilising electronic SEEMP and modern software solutions savings of as much as 20% can be achieved. NAPA has long maintained that SEEMP regulation is there to help owners and operators help themselves and it is heartening to see that this opinion is shared by most of our survey participants.

“We know there is a need for more information sharing and understanding of SEEMP, which is why we’ve organised high-level panel discussions on this subject in Singapore, London and Hong Kong in 2012. The survey results highlights that there is still scope for more education around SEEMP before it becomes mandatory. Moreover, the survey shows that there is a significant percentage of organisations that don’t realise they can achieve 15 to 20% in bunker fuel savings – the opportunity is there for owners and operators to substantially reduce operating costs and emissions. Unless this is widely known SEEMP may not live up to its potential and fully benefit the industry.” 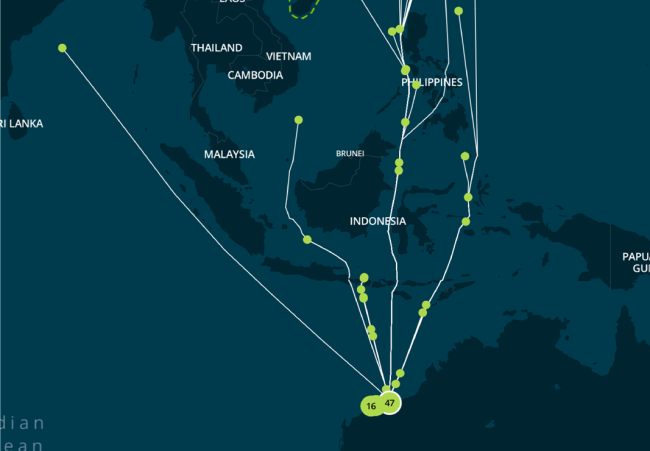 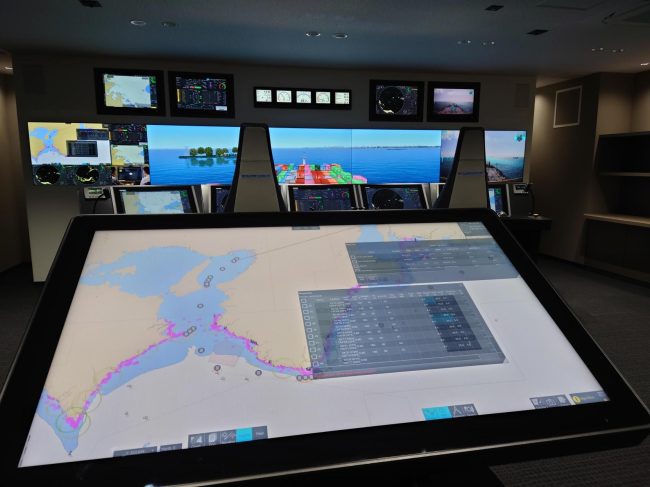 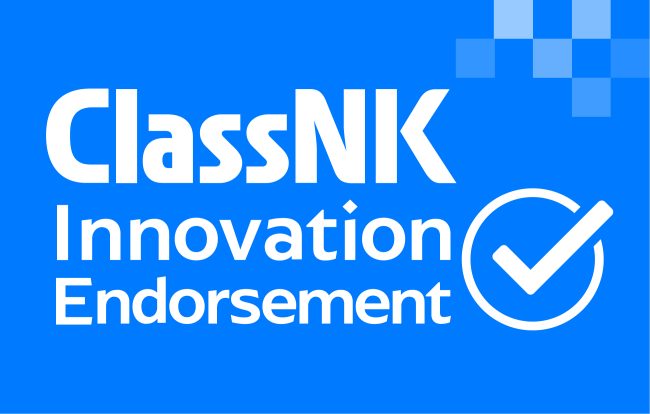