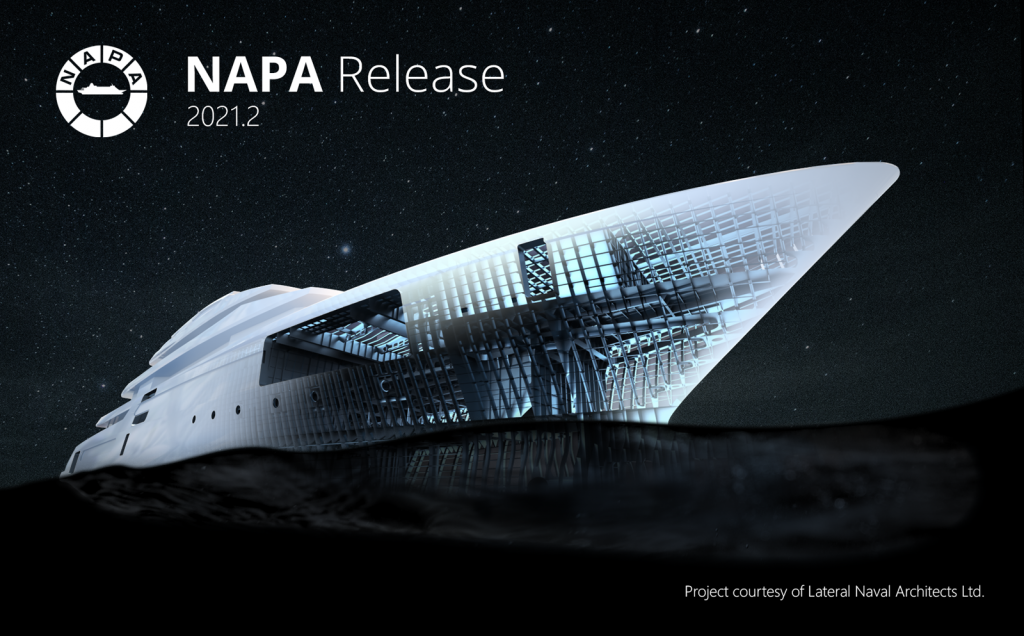 We are excited to announce that our second NAPA Release of 2021 is now live. The latest updates to the release have been made to further enhance quality, performance and usability.

All the changes in the software can be found in the NAPA Release Notes 2021.2 document, which is delivered together with the installers.

The most important value of NAPA is reliability first. Reliable software solutions are a critical factor in maintaining high safety standards within the maritime industry and are often at the core of user requests.

In addition to the functional developments in NAPA Release 2021.2, we have also implemented hundreds of individual improvements and corrections in NAPA, NAPA Designer and NAPA Drafting. More than 150 of those updates have been developed in response to feedback from our users, with the aim of improving the quality, usability and performance of the software. The most relevant improvements and corrections have been listed in the NAPA Release Notes 2021.2 document, with a few of the most notable updates highlighted below. 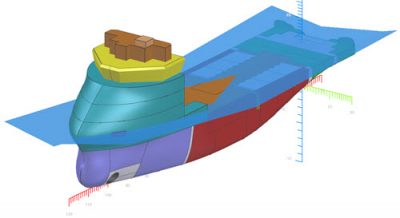 NAPA Designer now comes with the functionality to visualize and define stability openings and opening arrangements, together with the 3D ship model. The visualization supports most of the opening types and arrangements for intact and damage stability analysis, including the critical points and cross-flooding devices. A new definition tool makes the interactive definition of critical points for the intact stability analysis simpler to operate for users.

NAPA Steel functionality has been updated with a number of valuable additions to improve the modeling accuracy and efficiency. The new release includes improvements in the modeling of surface objects, stiffeners and openings, among many other updates.

For example, the addition of new Assignments tool will significantly improve the multi-user environment modeling. The main purpose of the tool is to guard the simultaneous use of objects. The tool does not lock or restrict the use of objects in an arrangement and makes it easier for a user to control the simultaneous editing of objects, while avoiding any unintentional losses of definitions.

The main improvements to the finite element meshing include updates to the stiffeners, main objects and supporting functionality for meshing. For example, main objects can be idealized as beam elements and stiffeners as shell elements. The bracket stiffeners can be included in the model with different options. 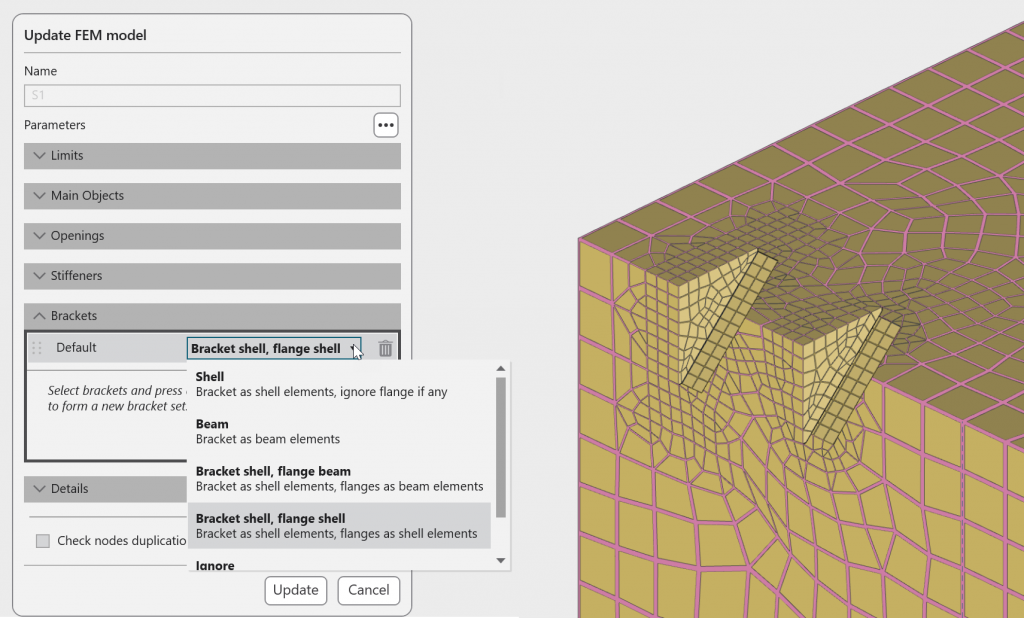 The fully integrated rule calculation interface to DNV Nauticus Hull is now available as a beta version in NAPA Designer. Together with the OCX interface, the design iteration during the scantling to achieve rule compliance is now made possible without leaving NAPA Designer. 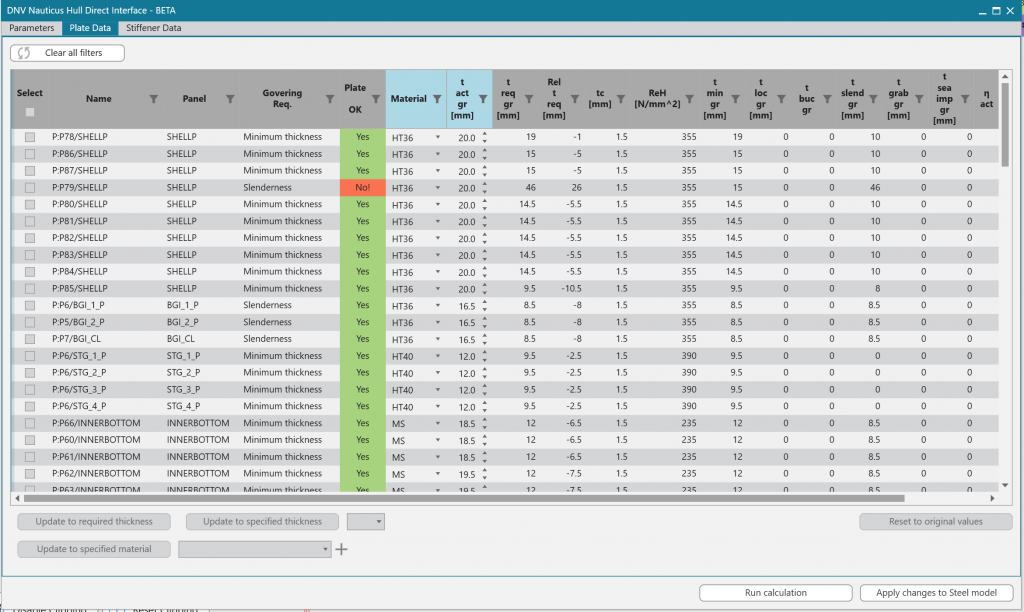 NAPA Designer generates now sections lines of the imported CAD components. The same information is also available directly in NAPA Drafting where the 2D sections can be added from the CAD components into the drawings.

Copying content between different versions and projects is now even easier with a new improved Copy Content tool in NAPA Designer. The tool enables a simple and effective route to copying full entities, such as full compartment arrangements or structure models with all references. Alternatively, single definitions, such as NAPA macros and tables from a version/project, can also be easily copied via the tool. 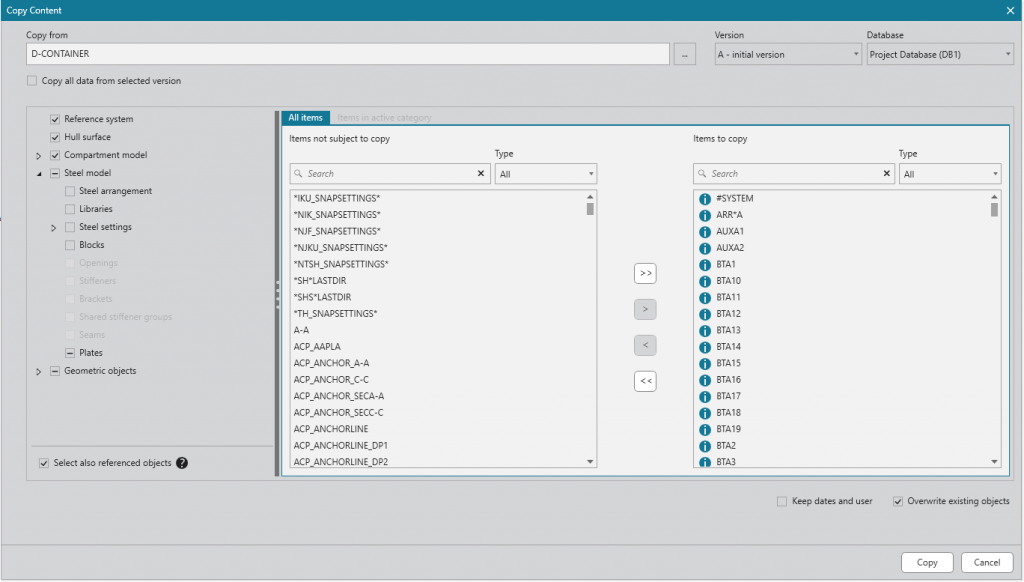 More information on the updates can be found in NAPA Release Notes 2021.2.

Ps. The new installers are available in NAPAnet for downloading, together with the relevant documentation.

A new dimension for ship design