Ville Villikka is one of NAPA’s Commissioning Engineers – he delivers and installs NAPA’s products on-site, gives support and solves problems, working closely with the customer. The job is varied, which is one of the things Ville enjoys most. He’s almost always on the move, which suits him – he enjoys working on a variety different kinds of projects and seeing a wide range of ships. He also works at the office, which helps him organize his family life and achieve a work-life balance. He believes there is a certain personality trait that is common for most commissioning engineers, which means they get along really well with each other. 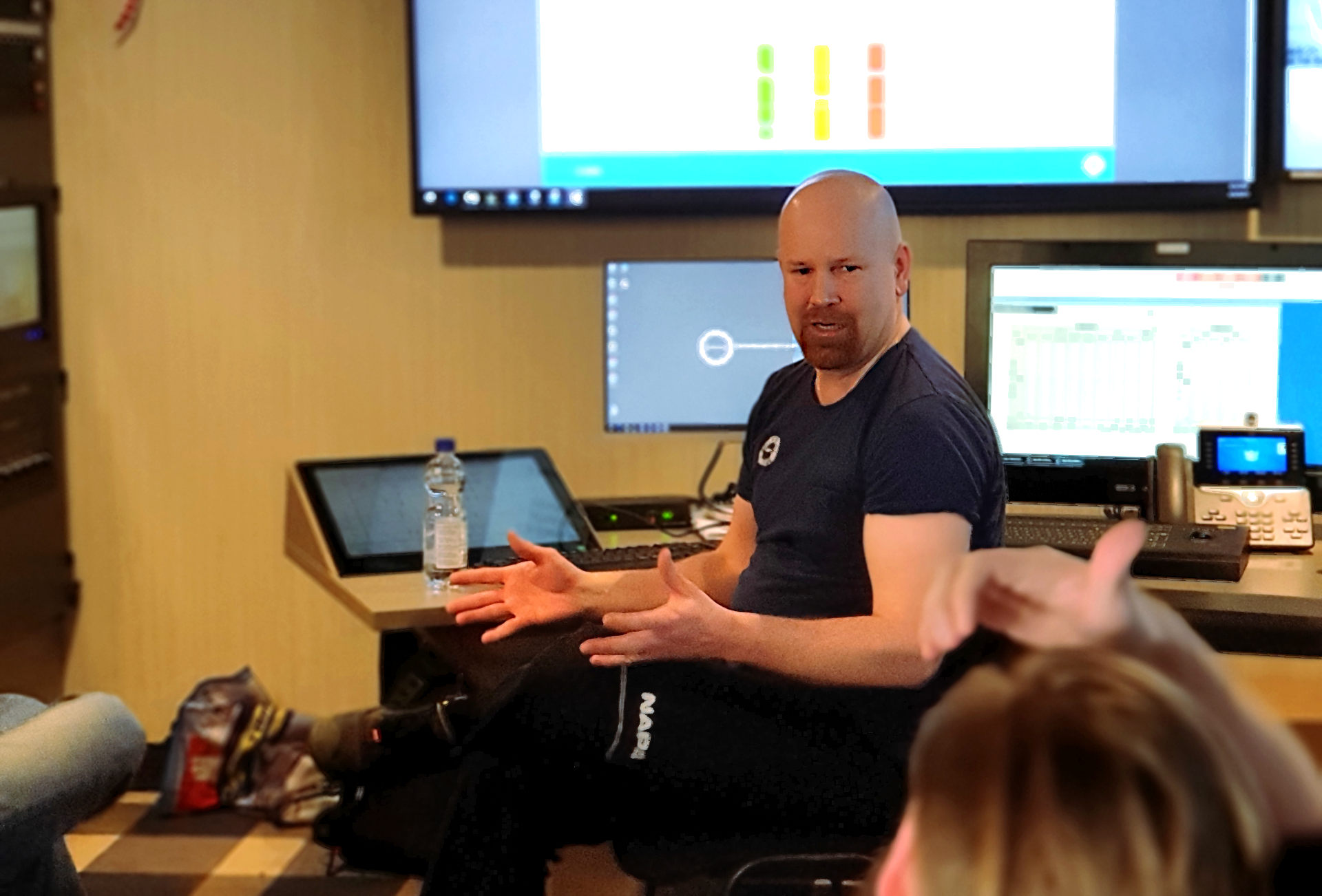 Having nice and supportive colleagues is an important thing for a commissioning engineer such as Ville. According to him, the hardest things in his job are constantly changing work schedules and plans and adapting those to personal life – and normally in a hurry. That’s made manageable with the help of coworkers. With their help, and by organizing and prioritizing effectively, there is enough time to get everything done. Separating personal and work life makes it easier for Ville to relax and switch off when he’s not traveling.

Nowadays, it’s easy to be in contact with people even when travelling because there’s internet almost everywhere in the world. However, sometimes Ville might spend days on a ship without any connection to the outer world. Usually this kind of situation is planned in advance. Language can also be a barrier for communication – one of the most memorable cases happened when Ville was on a work trip in Spain. He was going to visit a super yacht and had rented a car on the airport to reach the harbor. The car was unusually luxurious, because the car rent company didn’t have any other cars available. The guard let him enter the harbor because he supposed that Ville was the owner of the yacht. After it came out that he wasn’t the owner, he had to resolve the situation with the harbor police! Luckily, everything ended up OK though and everyone saw the funny side.

For a commissioning engineer it’s very important to be able to cope with uncertainties and this job would suit anyone who enjoys constant change and who likes to see the world. It’s good to understand something about ship building, computers and electrical installations, but most other things can be learnt by doing, according to Ville.